President Maithripala Sirisena had bilateral discussions with President of Kenya, Uhuru Kenyatta on 14th March 2019 during his visit to Nairobi, Kenya to attend fourth session of the UN Environment Assembly.

Different bilateral aspects were discussed during the meeting including of the implementation of collaborations entered between the two countries during the Kenyan Foreign Affairs Minister Monica Juma’s visit to Sri Lanka.

A brief meeting between President Maithripala Sirisena and the Prime Minister of Rwanda Edouard Ngirente, was also held in Nairobi.

Diplomatic relations between Sri Lanka and Kenya dates back to the year 1970. Both countries are members of the Commonwealth, the Non-Aligned Movement (NAM), IORA and G77. 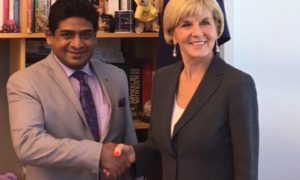 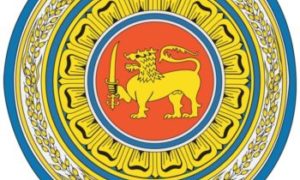 Statement by Sri Lanka at the Interactive Dialogue on the annual report of the High Commissioner for Human Rights and her oral update on COVID-19, during the 44th Session of the Human Rights Council made by Ms. Dayani Mendis, Actg. Permanent Representative of Sri Lanka to the UN in Geneva. 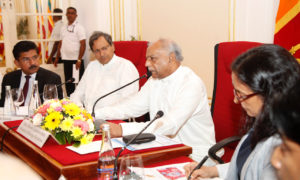